eToro was founded by Ronen Assia and his younger brother Yoni Assia in 2007 and today it provides a very user-friendly trading platform through which investors can invest in stocks, currencies, and CFDs, with or without leverage. They have millions of customers worldwide and are regulated by authorities in Cyprus, the United Kingdom, and Australia.

Assia describes eToro as “the largest social investment network in the world,” with approximately 17 million users and a brokerage service for trading in public shares and other securities. “Everyone who joins the platform makes money, and then has the possibility to disclose all of their online trading activities,” Assia explains. “Now, you are probably thinking how would people benefit from this? So consider it a kind of street performer – anyone can see what everyone else is doing in real-time, who the investors are, and with a simple click, you can take a portion of let’s say my account and immediately copy what I have been doing or share it with someone else.

We have to realize that we are transitioning to a more global world with fewer barriers. Consider the world of investments in a country where people have been limited to purchasing only one share for the past fifty years or so, like here in Israel with Teva shares. Today’s youth are only interested in purchasing Facebook stock, Amazon, and Google. And if I want to allocate part of my investment portfolio more intelligently to other markets – say I’m interested in exposure to Germany or Sweden but don’t understand anything in those markets – I can easily locate the leading investors in both countries, talk to them, and see what they buy and sell.”

After 13 successful years at eToro as CPO, Ronen Assia left eToro, the company he co-founded with his brother Yoni, and joined a group of friends at Team8. He explains to us why he is drawn to art, and his childhood dream of becoming a painter is “the next thing” he is aiming for.

I recently went through my old school notebooks, which unfortunately have far too few lesson summaries and far too many drawings in them,” Asia says. “Which made me remember how much  I struggled to choose my field of study. I was standing between two extremes: art or computer science, a field to which I was exposed from a young age through my father David, a high-tech pioneer and founder of Magic. Finally, I chose the middle path and studied industrial design in Israel and London, England. However, even during my studies at Bezalel, I was interested in business issues such as how to sell the product, not just in creative expression. Everyone around me was perplexed as to why I was asking such questions in art school. You could say I was too creative for pragmatic people and too pragmatic for creative people.”

Assia returns to his creative ambitions when he is trying to explain his decision to retire from day-to-day work at the company he founded at its ostensible peak, with 1,100 employees and 17 million registered customers. “eToro is a large and successful company,” he says, “but after the age of 40, I felt like doing things from scratch, with my own hands.” “I wanted to sit alone and plan my next steps, sketch ideas, and build products. Every meeting in eToro now has 20 people in it, and everything has grown and built up, so you don’t have the luxury of sitting alone and starting from scratch and finishing it.”

Judy: How did your brother Yoni react to your decision to take a step back?

“Because we are brothers first and partners second, everything is done with openness and love. We still talk every day, and the majority of the time we talk about eToro.”

“An entrepreneur can’t be blamed for wanting to do things differently after so many years”, Assia continues.

Judy: How would you describe how the concept of money has evolved in recent years? Is there really a difference? How has it remained the same? Could you please elaborate a bit on it?

I don’t believe the fundamental concept of money has changed. Money was not created by legislation or a central initiative. Rather, it arose as a natural result of human economic activity through social interaction. Money’s core functions (counting, exchanging, and saving) will remain unchanged, but the underlying infrastructure will undoubtedly undergo significant change. Consider the functions of governments, central banks, commercial banks, and other financial institutions today that we have. They have largely evolved to provide means to support the functions of money. All of the recent calls to disintermediate and decentralize the system could be debated for years, but truly digitizing money — whether centralized or decentralized (CBDC vs crypto) — renders many aspects of the current system redundant and inefficient. This change will not happen overnight, or even in a decade, but it will have a significant impact on how we operate in the financial system today. Do we still need banks designed as trusted vaults if the money rails are designed to be trusted and secure? that’s a question we all should be asking ourselves.

Another major issue with the current system is identity, which is one of many functions that governments have strangely delegated to banks. To interact with financial institutions today (as opposed to thousands of years ago), you must have an identity. Identity regulation and compliance are becoming increasingly complex. Its impact on financial inclusion, which I believe is the most pressing issue today, will not improve unless real reform is implemented. Governments will eventually have to develop customer identity solutions to facilitate access to digital financial services (and yes, I am aware of all the privacy concerns). 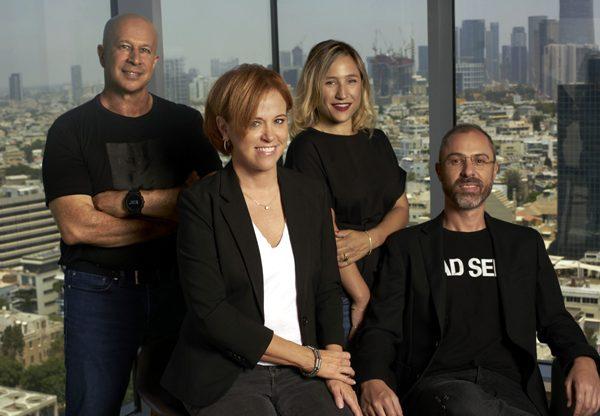 Judy: Can you tell us a bit more about Team8?

Team8 Fintech is a group that assists entrepreneurs in establishing their start-ups in the fintech world, with the goal of going global. The young companies will benefit from the accelerator team’s extensive experience in retail banking, credit card payments, e-commerce, international trade, capital markets, and investments, as well as Team8’s experience in company formation.

The program focuses on companies designed for the enterprise world, regardless of whether their customer has a final consumer or not – that is, B2B2C and B2B. We at Team8 are not interested in companies that directly address the final consumer. The new companies should have value for at least one group in the financial world, from the following groups: banks and other traditional players, in order to accelerate their digital transformation; fintech companies, in order to increase the supply of financial services and upgrade business models; and large entities that are not financial in nature, but have a large customer base, and can offer them financial services in the future.

To summarize, Team8 began as a group of cyber companies but later evolved into a platform for establishing businesses in other fields. Prior to launching the financial arm, we have launched Team8 Enterprise, which establishes cyber, data, and enterprise technology companies, and Team8 Capital, which invests in existing companies in any of the group’s areas of expertise. Signia, which was sold to Tamsk for $250 million, and Clarotti, which raised more than $100 million, are two other companies we worked with as well as Illusive Networks, Heislight, FortShift, Duality, and Curv. Microsoft, Walmart, and Barclays are among the companies that have invested in the group.

Judy: Team8 together with Deloitte recently published a joint report exposing the TaxTech field as the next significant field in fintech. Can you tell us more about it?

Globalization and digitalization, combined with tax laws and ever-changing regulatory requirements, are increasing the burden of taxes around the world. For example, the Covid-19 pandemic, which has accelerated the remote work model, and the rapid expansion of freelancer employment (Gig Economy) from various countries around the world, have far-reaching consequences for workers, employers, and governments. A similar level of complexity can be found in the field of online commerce (eCommerce), which has also accelerated in the aftermath of the corona, particularly for online merchants engaged in global transactions that use country-by-country taxation methods.

Finally, there is the field of cryptocurrency, which has gained traction in the last decade and is attracting an increasing number of traditional investors. This has prompted regulators and crypto-asset holders to consider the taxation and reporting of these assets. These are just a few of the trends that have drawn the attention of fintech firms to the tax field.

The tax field has become a heavy burden for individuals and businesses who use a wide range of financial applications, banking services, and other platforms,” Ronen Assia continues. “So the report discusses how new fintech companies can simplify, streamline, and make tax services more accessible while also creating a digital user experience for taxpayers worldwide, in the near future.”

Judy: Thank you so much for taking the time to do this interview, Ronen. This was extremely motivating, and I wish you continued success and only the best.